The ultimate stealth mode bag for your digital life.

That’s what Westworld‘s A.I. hosts will say when presented with something they are programmed to ignore. It’s also my first thought when I unbox the Moment Travelwear Backpack, which launched today on Kickstarter along with a tote bag. It looks completely forgettable.

That’s kind of the point. This is the most subdued tech backpack you’ll ever see — if you notice it at all. There isn’t even a logo on the front, just black-on-black lettering that reads “M – TW.” Moment Travelwear. 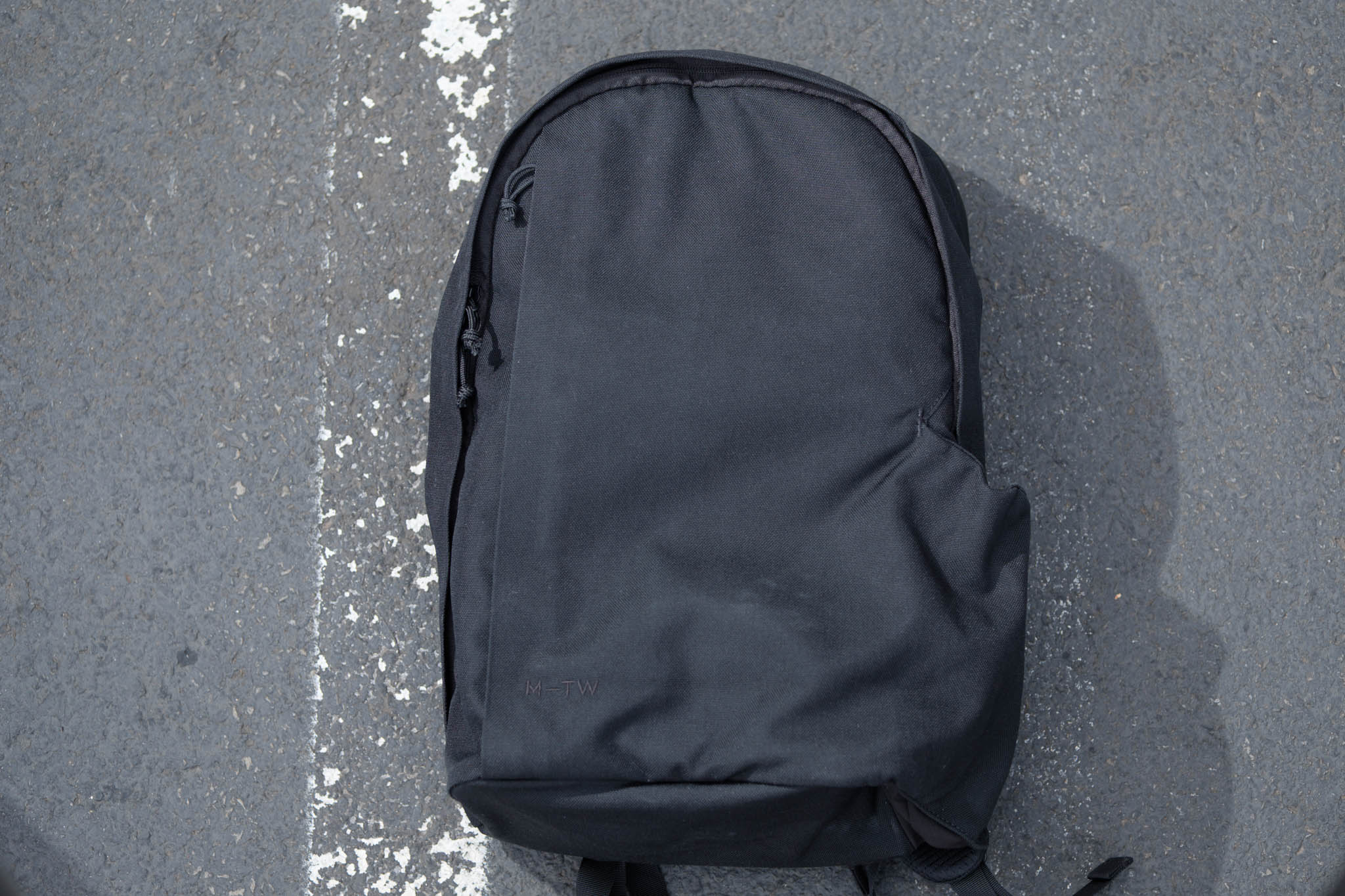 The only two descriptors I could muster were “minimalist” and “JanSport,” in reference to the backpack brand popular when I was in middle school in the ’90s. You can imagine how hard I facepalmed when I watched Moment’s Kickstarter video a few minutes later, in which the backpack is said to be both “minimalist” and like “your parents’ JanSport.” I kind of hate myself for describing a product exactly how the company wants it to be described, but I guess that’s mission accomplished, Moment.

(Also, come on, my parents didn’t have JanSports, my peers did. Oh, wait. I’m the parent in this scenario. I get it. I’m old. But I’ll have you know, JanSport continues to produce a vibrant line of backpacks today, so they’re still for young people, and that means I’m still young, too!)

It’s not that the MTW Backpack looks like a JanSport, but rather that it appeals to the same rational sensibilities as does a JanSport. It holds your stuff and it doesn’t break. What more do you need than a large compartment for a text book and a smaller one for your Discman and a fruit leather? 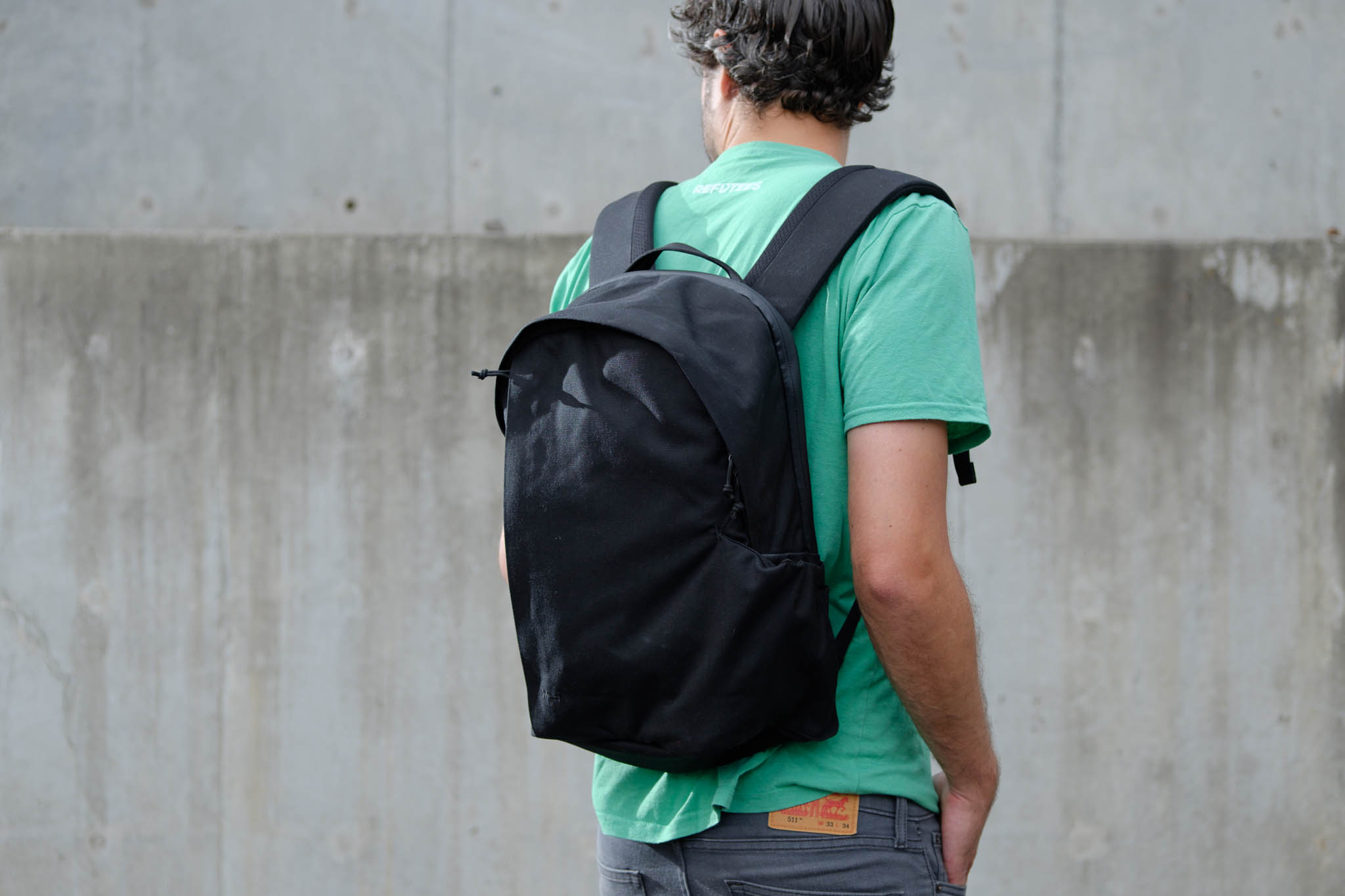 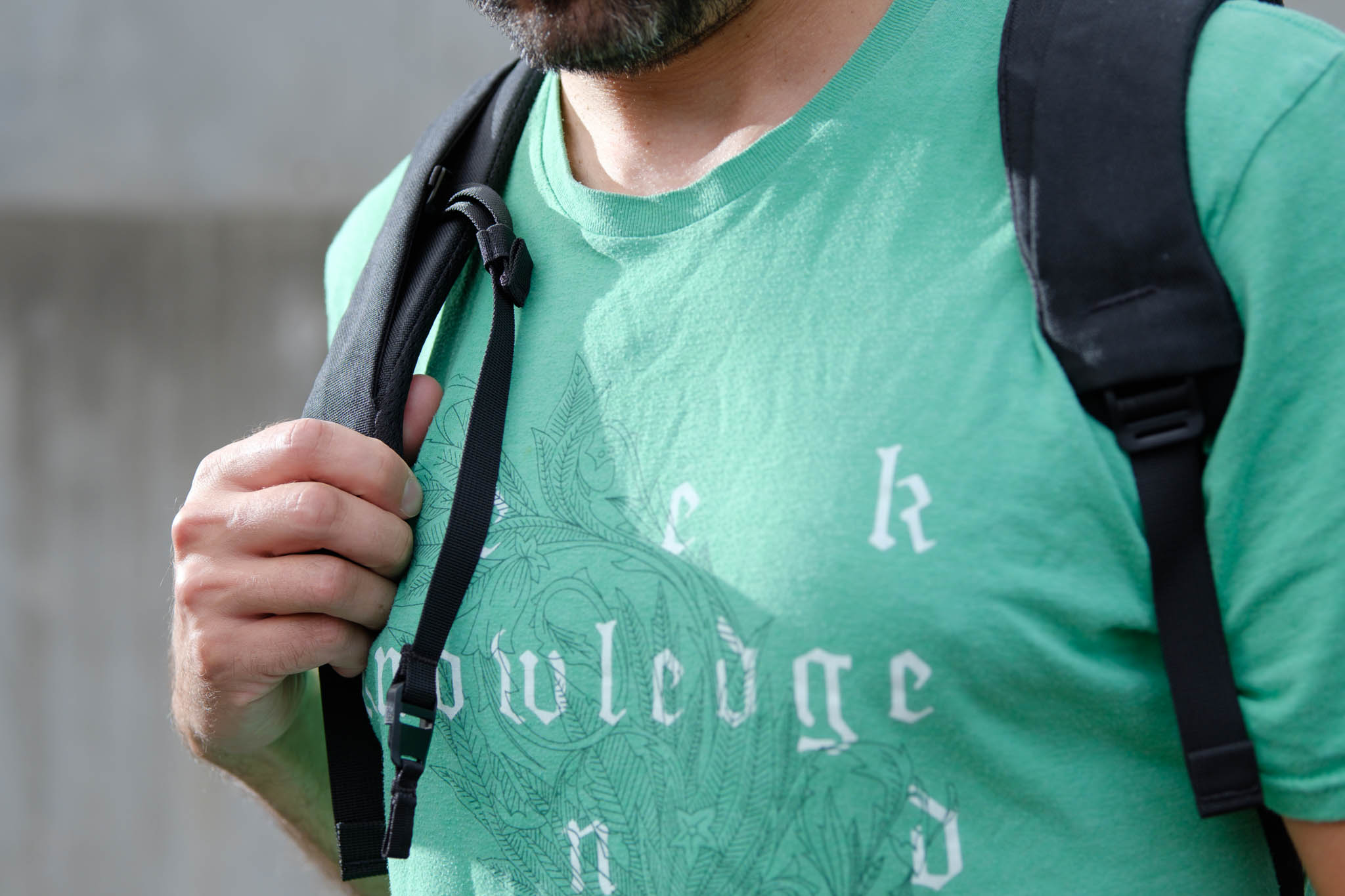 It’s what’s inside that counts

OK, so it turns out it’s not the ’90s anymore and you actually need much more than that. The MTW Backpack may look simplistic, but it has a very sophisticated interior life meant to handle your various accoutrement. There are pockets everywhere. There are pockets inside of other pockets. Think that vertical zipper on the front is for stashing some loose leaf? Wrong! That’s a side-access pocket of possibilities, complete with three pouches and another zipper pocket inside of it.

The laptop sleeve rests against your back, as per usual, and it shares its compartment with some more organizing pouches, pen holders, and a general stash area. I think you could actually fit a tablet and a laptop in there pretty easily, reserving the sleeve for the tablet and just sliding the laptop into the larger stash area. 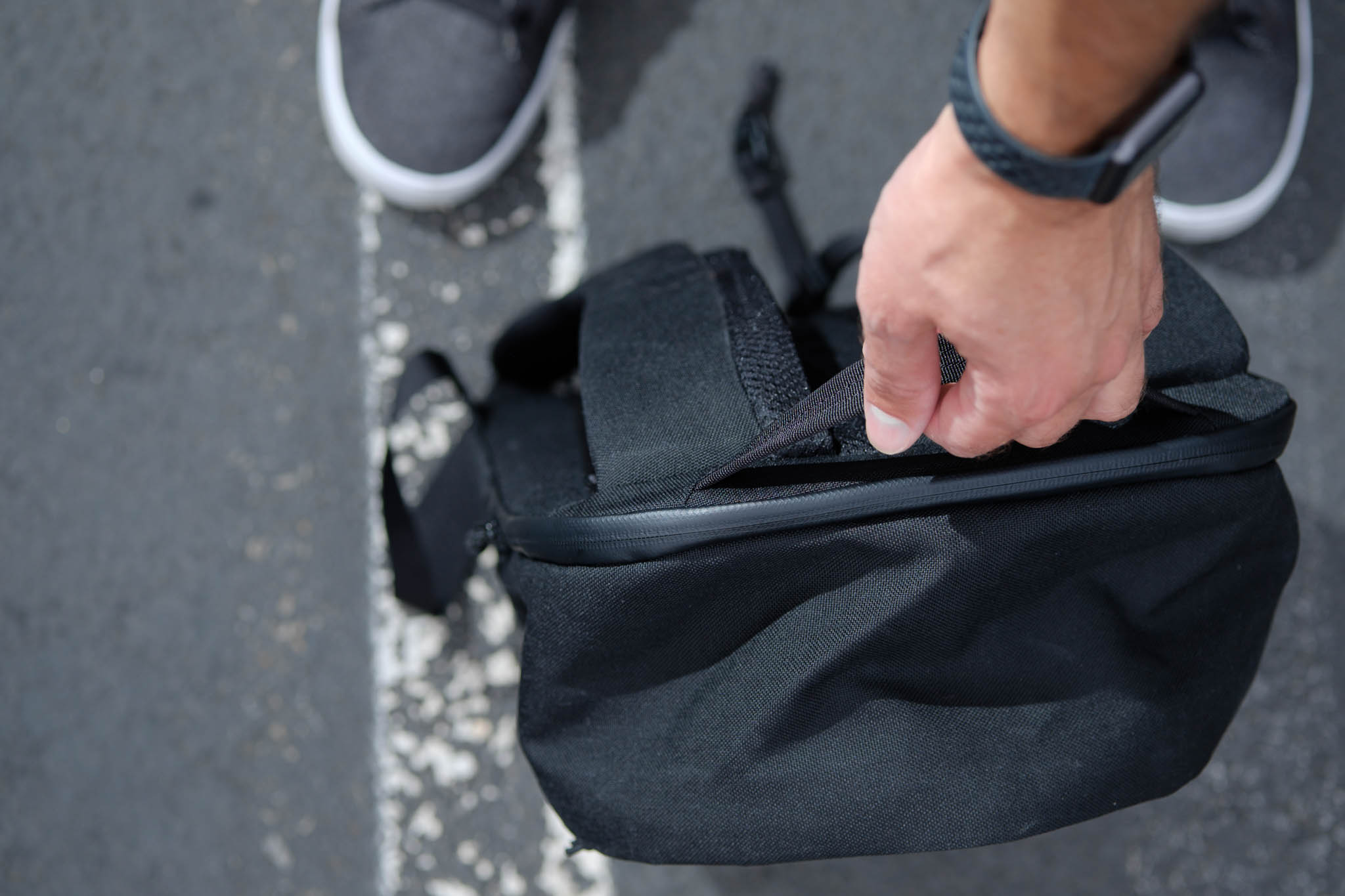 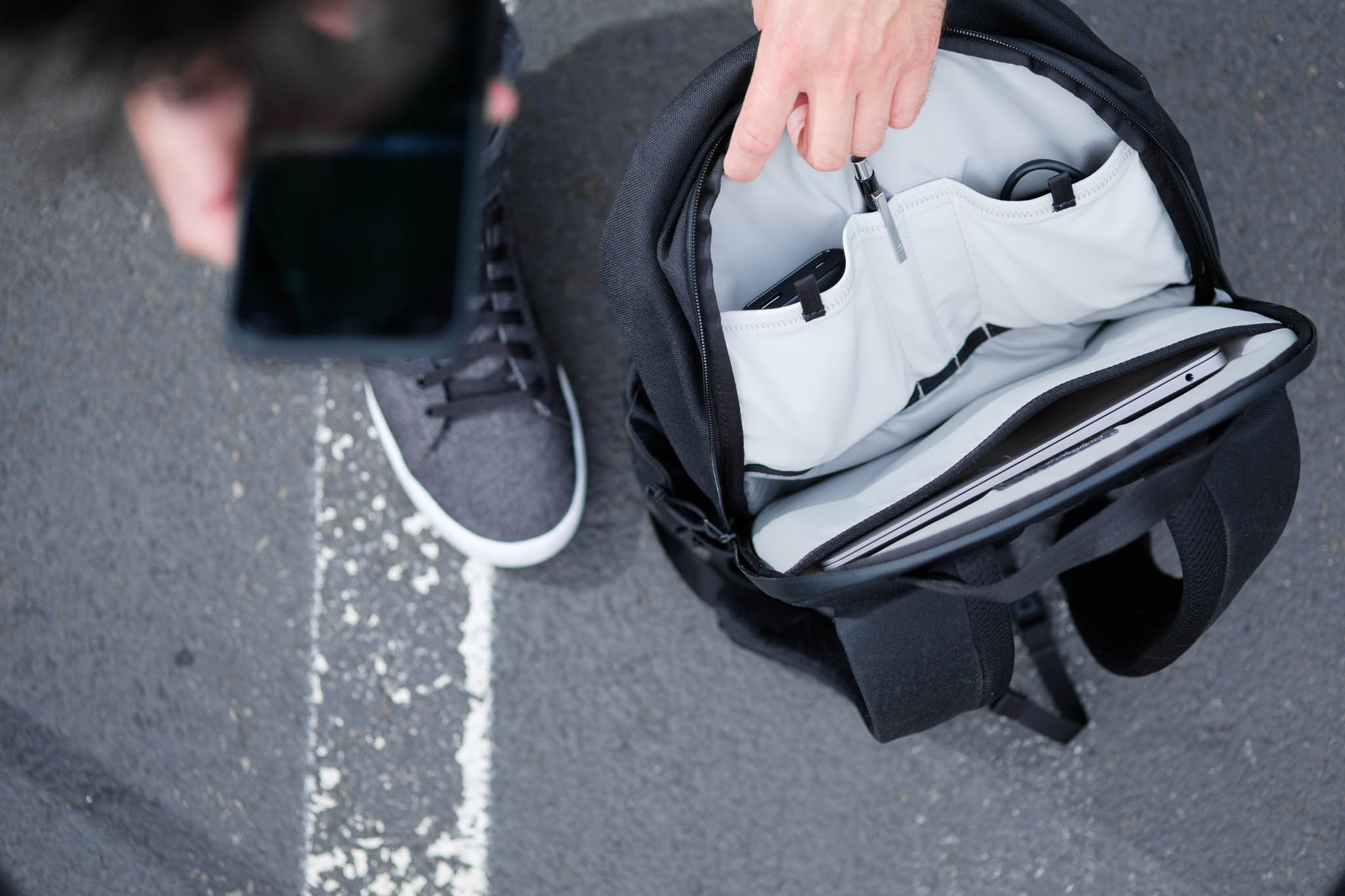 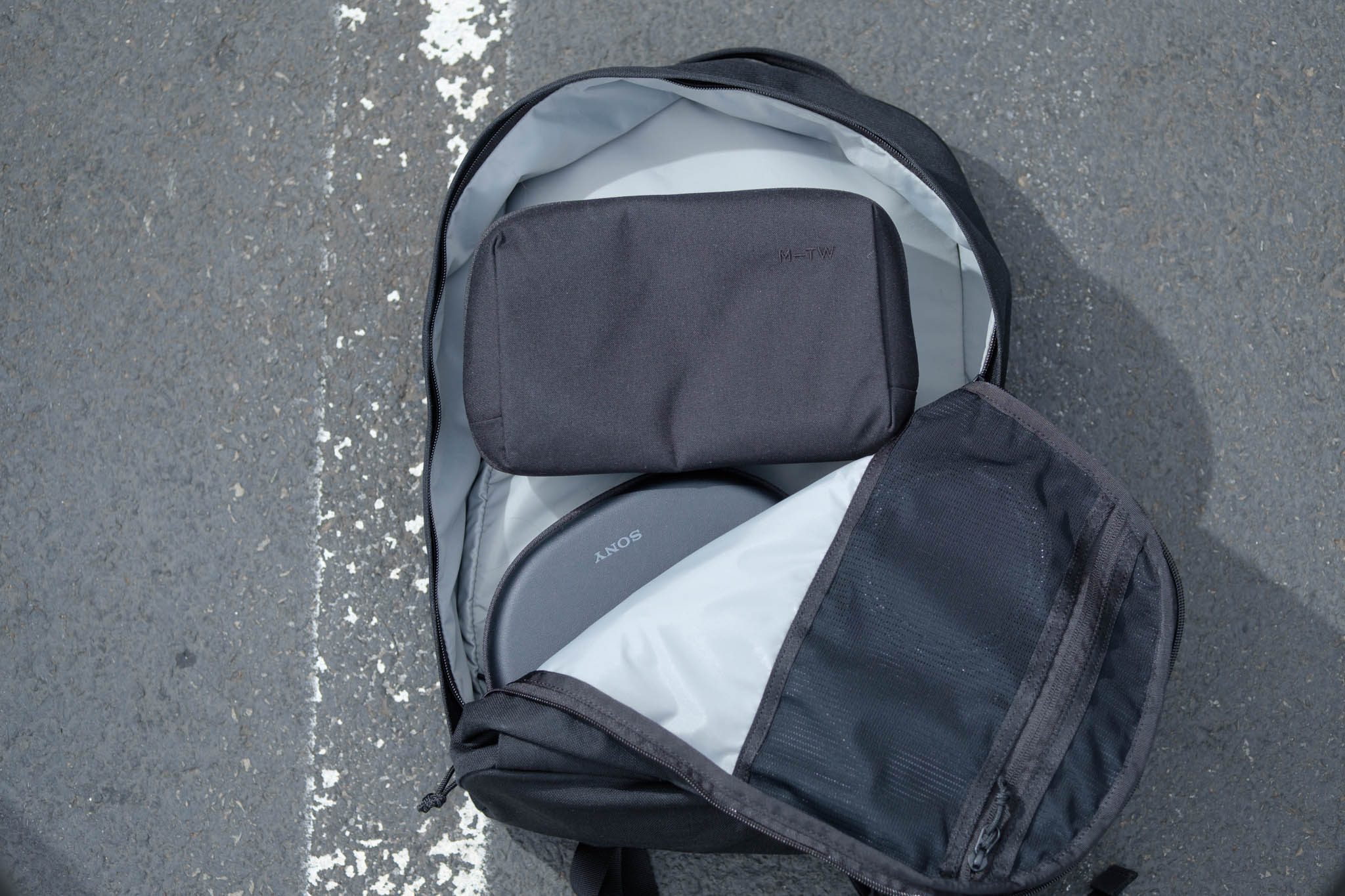 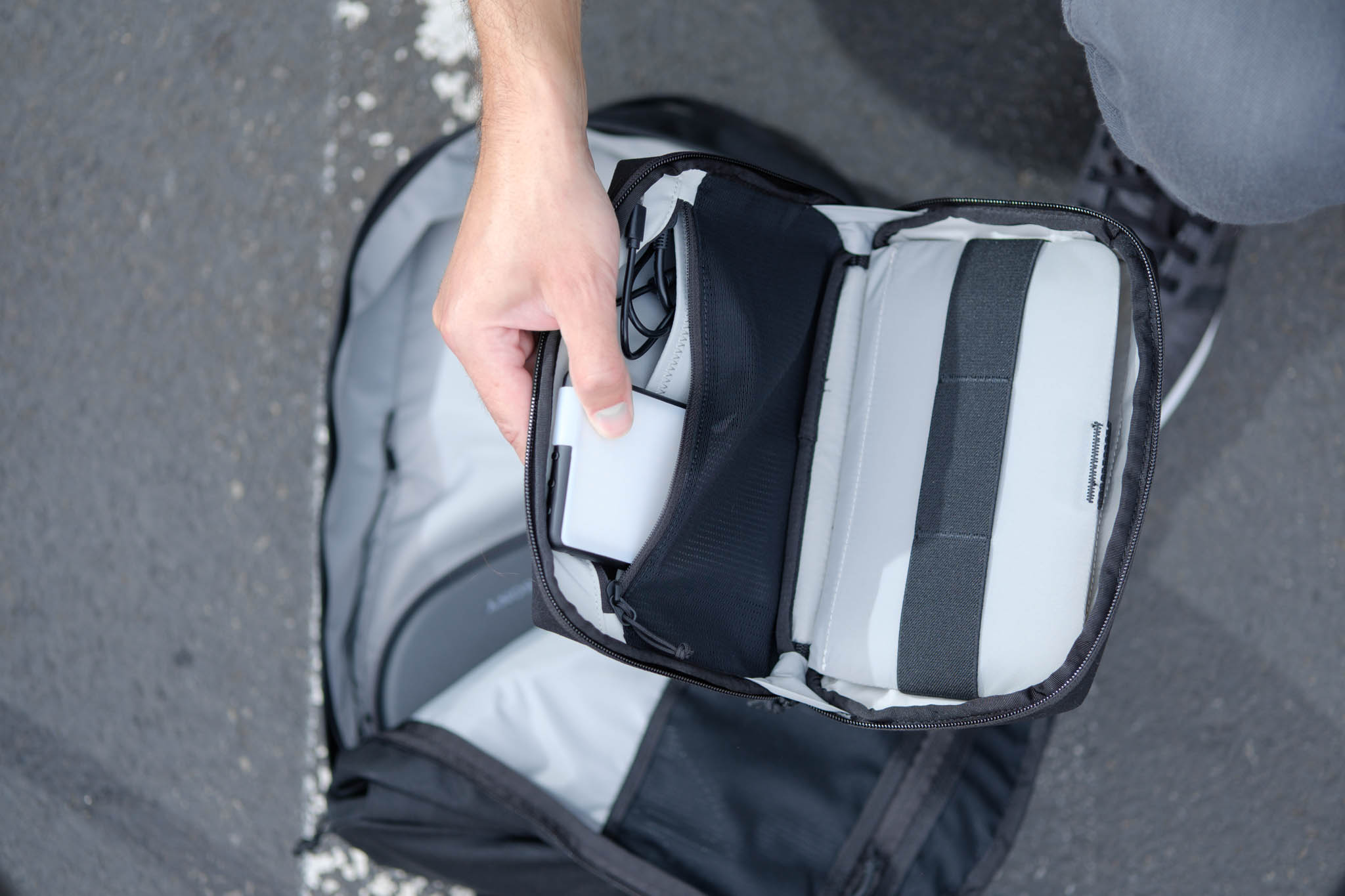 The main compartment sits between that laptop area and the side-access zipper on the front, and, aside from one mesh zipper pocket, it is basically an empty, JanSport-style section for stuff. But this is where Moment’s sold-separately tech organizers come in.

There’s the Tech Organizer, Mini Tech Organizer, and Battery Organizer, and they’re all pretty self-explanatory except for one nifty feature of the Battery Organizer. It uses a double-layered pouch design with a black zipper on one side to access one layer and a red zipper on the other for the other. You put your charged batteries in the black-zipper compartment and your dead ones in the red-zipper compartment (or vice versa if you’re in Australia). That’s great, but I do wonder how many alive and dead batteries would actually fit in the small pockets.

That reminds me, though, that Moment expressly calls this backpack “not a camera bag.” If you’re heading out to a professional photo sesh with 17 batteries in tow, this isn’t the bag for you.

That doesn’t mean you can’t bring some camera gear with you, though. Moment designed a bespoke camera insert for this bag (also sold separately), and I actually had no idea how to install it until I watched the Kickstarter video. You turn the bag inside out, clip the insert to these little loops that hold it in place vertically, and then close the bag up again. This give you stable, side access to your camera gear. It leaves room for tech organizers on the other side.

Finally, because this is a backpack in the post-Nalgene era, there is a water bottle holder on the outside. Even if you don’t get my references, stay hydrated, Gen Z.

I usually wouldn’t pop this out into its own section, but I have some concerns.

With a post-Kickstarter price of $180, the MTW Backpack itself is fine (the Tote, at $120, is also). However, the tech organizers range from $60 to $70, with the camera insert at $100. That’s Mission Workshop pricing without the Mission Workshop brand authority, and honestly feels close to twice what I’d be willing to pay. You can even get Moment’s 6-liter Rugged Camera Sling for the same price as the MTW camera insert — and it’s an entire bag with, like, straps and zippers and stuff.

Sure, all of the MTW products are available for significantly less as part of the Kickstarter campaign, but those prices are temporary. Moment does use recycled 600D nylon here, and I don’t mind paying a premium to kill the planet less — but shouldn’t recycled materials actually be cheaper? Like, producing virgin textiles has to cost more, right? Does the world need another bag?

Moment isn’t the only non-bag company to get into bags recently. GoPro also launched its lifestyle gear line this summer, which includes an honest-to-goodness fanny pack. And it feels like every week a new bag company launches on Kickstarter or Indiegogo. So what’s with all the bags?

An easy answer lies in the truism that the perfect bag doesn’t exist, so everyone wants to take a stab at creating it. But the reality is that the perfect bag cannot exist. That is a universal constant, like the speed of light. All bags are slightly different versions of imperfect, and many will get the job done adequately. So what’s with all the bags?

A more cynical, but reasoned answer is that Moment, like GoPro, finds itself in a position where its existing product portfolio is not as popular as it once was. Now that phones ship with two, three, or more lenses on them, the need to buy an add-on adapter lens has quickly diminished. But so long as there is stuff, people will be buying bags to put it in.

I have to admire how confidently Moment jumped into this overcrowded swimming pool. The aforementioned Rugged Camera Sling, the company’s first bag and not part of the Travelwear line, is my go-to camera bag. It’s absolutely fantastic, and that’s coming from a guy who never liked sling bags before. It’s a saturated market, but Moment knows how to stand out with products that, counterintuitively, don’t stand out.

The MTW Backpack’s ultra-minimalist appearance won’t be to everyone’s taste (although, the “olive” and “clay” colors look awesome and much better than the boring-old black of my press sample) and I don’t think it will unseat the Wandrd Duo as my multi-purpose daily driver, but that’s just me. This is a solid bag with unique styling, and I think many people will appreciate what it’s about.

Even if what it’s about makes you feel old.