My grandfather was Black. I still had to be taught how not to be racist 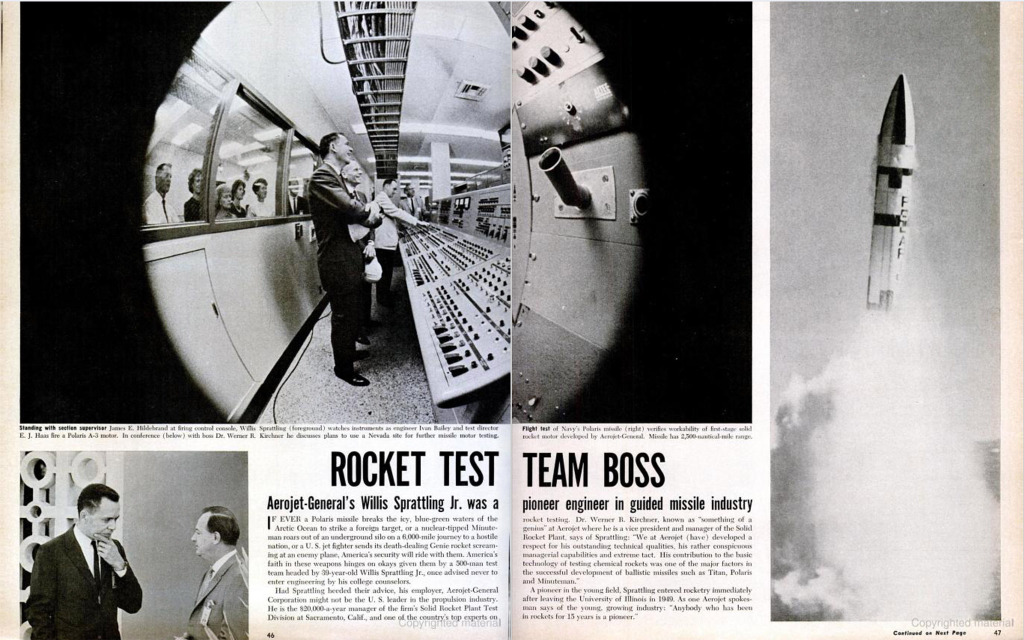 My grandfather, Willis Sprattling, was featured in the May 1964 issue of Ebony. The article immediately following this one was about police violence during the Civil Rights protests.

In seventh or eighth grade, I was given a writing assignment that must have had something to do with prejudice in American history. I have long since forgotten the details. All I remember is what I wrote for the conclusion:

Black people worked for generations to earn their equality, which they have finally achieved today.

I handed the paper to my dad to proofread. He seemed to like it, but he quietly made one change to the ending.

Black people worked for generations to earn their equality, which they have finally achieved continue to work for today.

CNN recently published an op-ed by author Jennifer Harvey titled, “How not to raise a racist white kid.” I am not a parent, but I’m sure my white friends who are have been pondering this very question, perhaps even feeling some guilt for it — because, come on, shouldn’t not being racist be easy?

The problem is, in our society, it’s not — or at least, it’s not automatic.

I don’t know what it’s like to raise a child, but I remember being one. My father’s edit was a subtle nudge that made me aware of my ignorance without making me ashamed of it. It confused me at first, but I grasped that I had more to learn about a topic I thought I understood. It was the first time I had a hint that racism wasn’t just in history books, and that equality on paper did not mean equal treatment in society.

History, however, is often the only lens through which white children are taught about racism. Through high school, I learned about slavery and the Civil War. I learned about the KKK and “separate but equal.” I learned about the civil rights movement. I did not learn about privilege, nor the many smaller ways in which racism presents itself.

As a prospective college student, I attended an on-campus competitive scholarship of which one component was a group problem-solving exercise. We — a handful of white people, if memory serves me — were tasked with determining the efficacy of affirmative action in college admissions. It went about as well as you’re thinking it did, which is to say, yikes.

No one in that group was overtly racist. We were, however, all woefully misinformed on the nature of affirmative action and the mechanisms by which it operates. Our suggestions, as thoughtful as they were, would only have contributed further to higher education’s racial divide.

Fortunately, this exercise had no bearing on real-world college admissions, but it brought up a scary truth: You don’t have to be taught to be racist in order to be racist. You can act according to your best knowledge, with good intentions, and still stumble into a racist action without even realizing it. This is, perhaps, more dangerous than overt racism for the simple fact that you don’t know you’re being racist. And when you’re in this position, you may be more likely to get defensive when somebody calls you out on your racism.

Years later, in graduate school, I learned about diversity in management. Namely, about how I could better supervise a multiracial staff. What I did not learn was how to be a better employee of a predominantly white staff led by a Black manager, nor what such a manager might have to go through and the unique pressure they might be under. That was the position my granddad, born to a Black father and white mother, found himself in when he managed some 500 engineers and other employees at a rocket company.

Sadly, he died when I was a teenager, before I knew this story. I remember him being quiet, with a love for technology and gadgets. He was always behind the camera.

He also carried a stress ball in his hand.

Yes, I have Black ancestry. Yes, I look white. And yes, I can still hide behind my whiteness and be racist toward Black people without even knowing it. Just as the excuse “But I have Black friends!” doesn’t hold up, nor does “But I have Black family!” I’ve had to learn a lot from outside sources.

To be sure, my parents did an admirable job of raising me to be kind, open, and accepting. My dad’s subtle change to my essay so many years ago clearly had a profound impact on me — I remember it to this day, even though I’ve forgotten nearly everything else about grade school. I could point to countless other teachable moments from my childhood that my parents handled masterfully. But the systems of racism present in this country are dug in. I have fallen into their traps before; I may yet again.

But my parents also taught me to be a good listener. Above all else, this has been the most important tool in my arsenal against racism. While I’m not sure I’m qualified to do so, I’m going to offer some advice to white parents: Listen to Black people. Listen if it frustrates you. Listen if you’ve already listened. Listen even when you see the same information re-shared a hundred times on social media. If you feel defensive, keep listening. And make sure your kids see you.

Be patient with your children, but also with yourself. Nobody expects anyone to achieve enlightenment overnight. You will never know everything there is to know and you will never understand someone else completely. But you can understand yourself. Learn the limits of your knowledge. Learn where your blind spots are. For as important as it is to know when to speak up, it’s equally important to know when to shut up.